A report from the Burmese delta

Next Friday, 2 May, The World Tonight will broadcast my report from the Burmese delta, six years after the region was devastated by Cyclone Nargis and at least 140,000 people were killed. The following piece appears in the new edition of Radio Times. 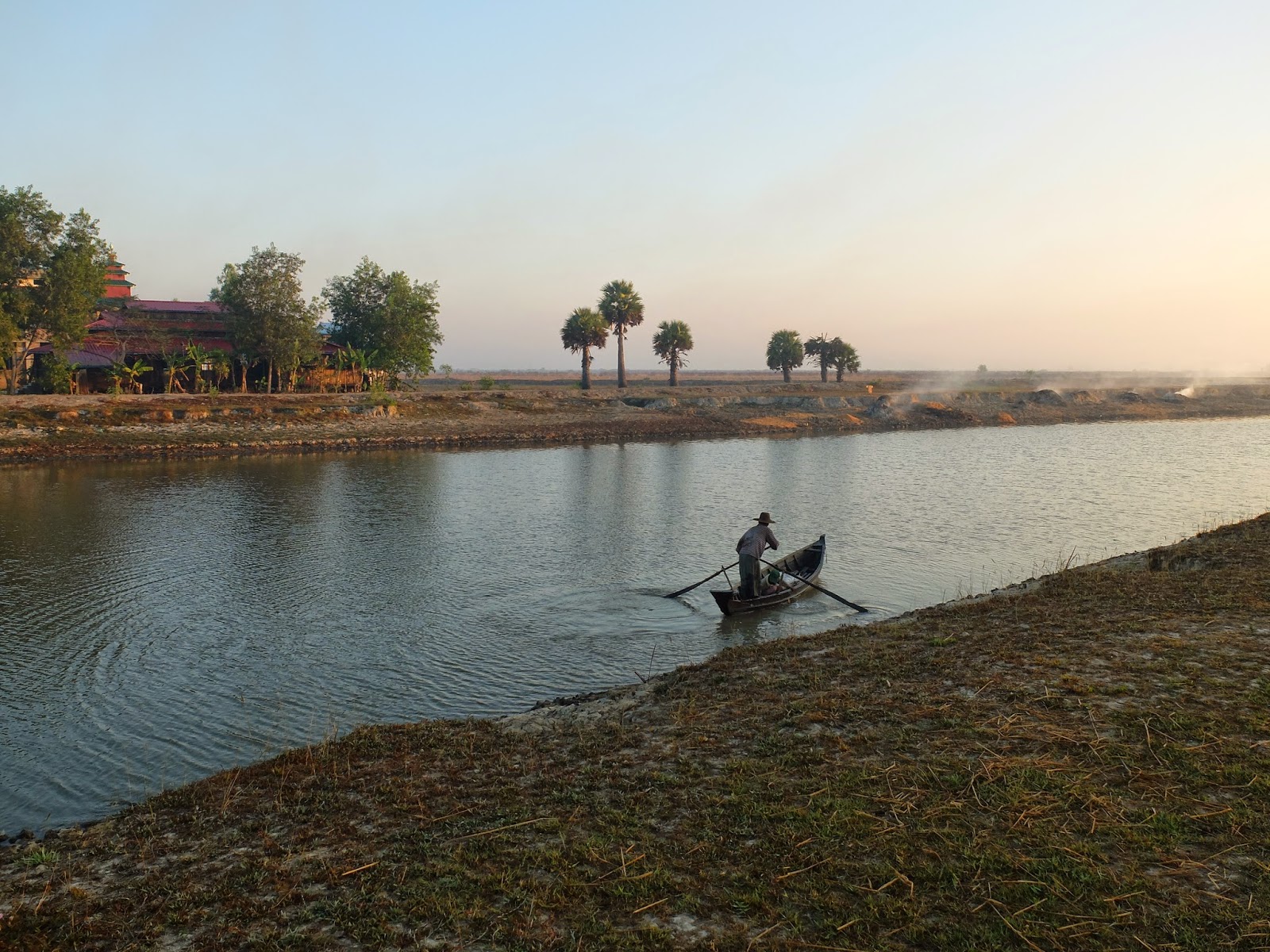 Tattered white strips of cloth still flutter from the trees that overhang the wide waterways of the Burmese delta, distress signals from six years ago when Cyclone Nargis devastated the region. They are a poignant reminder of a time when the people who lived here waited desperately for help after one of the worst natural disasters of modern times. The message was a simple one: Please help us.


But little help came. The military regime that had ruled Burma for more than 45 years banned all foreign relief organisations from the delta – and no one knows to this day how many people died. The estimates start at 140,000. I remember interviewing the then Foreign Secretary, David Miliband, at the time, and pressing him again and again: why wasn’t more being done to help the people of the delta in their hour of need?


So now, here I am, six years later, to see for myself what kind of a life the survivors have managed to rebuild for themselves. I travel in a wooden, flat-bottomed boat, sometimes inching our way through shallow channels to get to villages that can be reached only at high tide. At night, I sleep on the floor in a village school, and I wash at a tank of rainwater in the school courtyard. 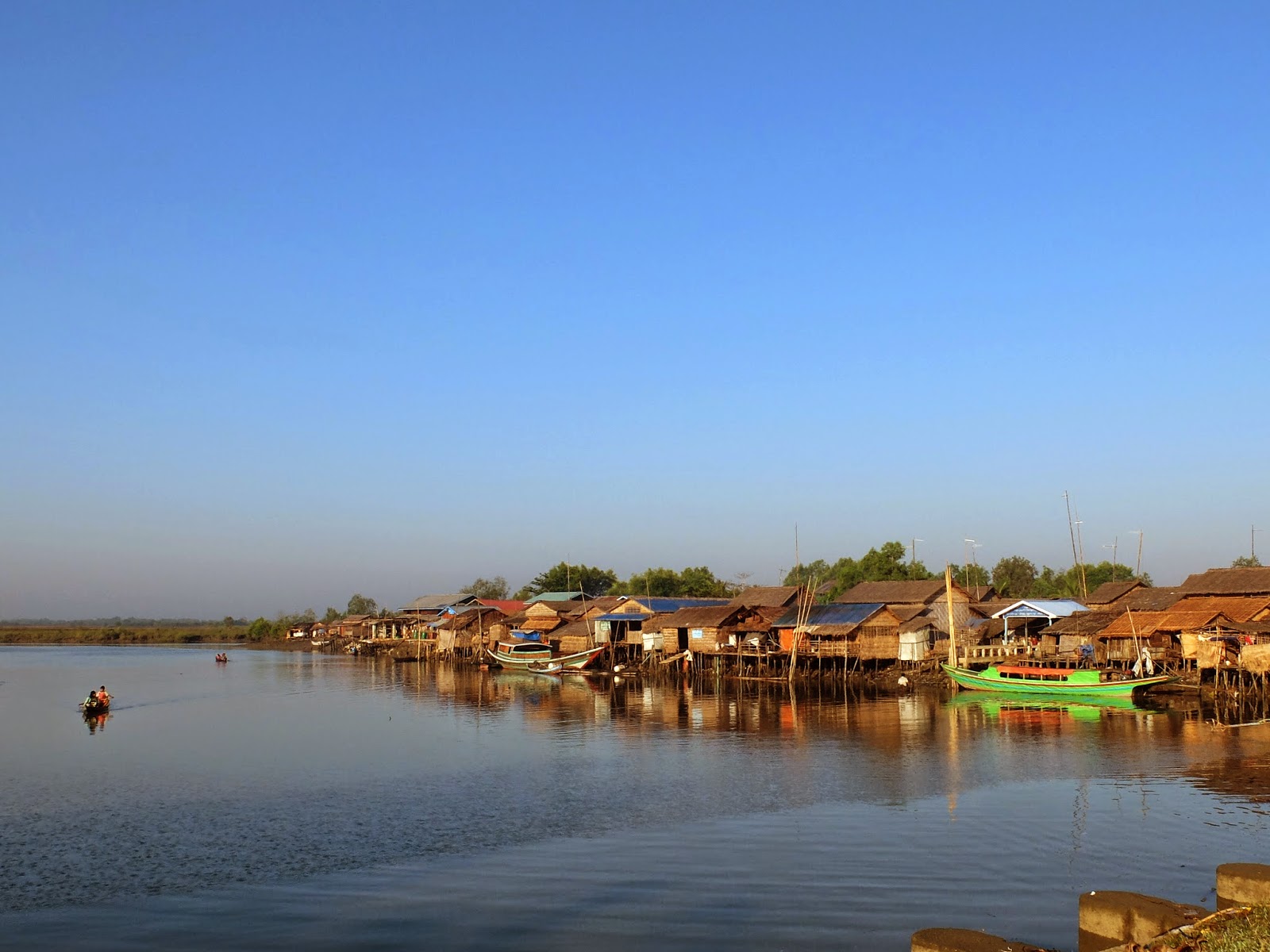 There was a time when the Burmese delta, criss-crossed by countless waterways, rivers, channels and canals as the Irrawaddy river makes its way towards the Andaman Sea, was the main rice-growing region of Asia. But it is remote and isolated, without roads, electricity, or telephones, so how can it compete now with Burma’s regional super-power neighbours, India and China?


Today the delta is one of the poorest regions in one of the poorest countries in Asia. The people here have been ignored for so long that they expect little help, even when disaster strikes. They eke out a living, fishing and growing rice and vegetables, and they pray for no more cyclones. Their simple wooden houses, with their thatched roofs, didn’t stand a chance when Nargis struck. Hundreds of villages were flattened. Literally. 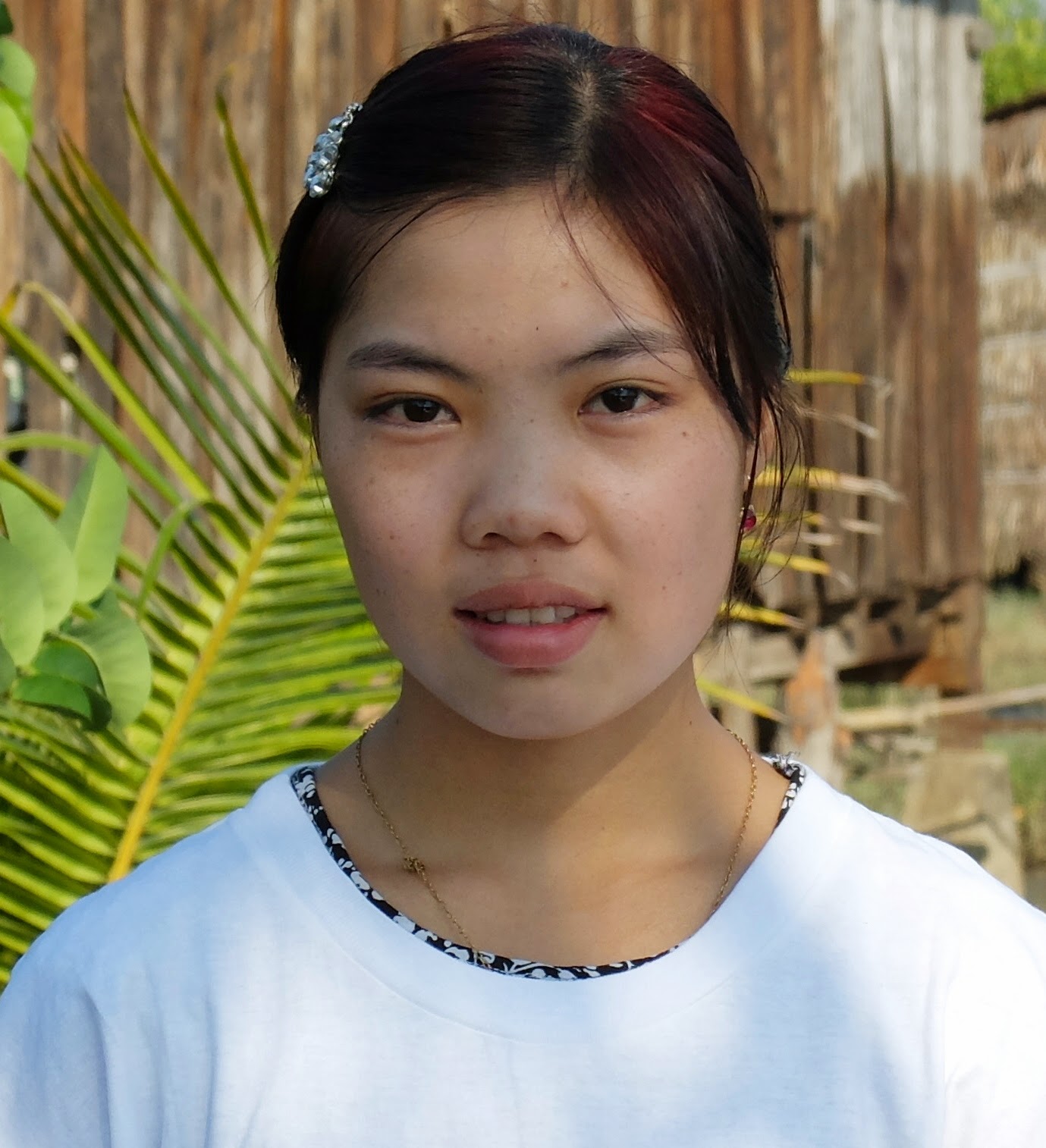 Thein Thein Nyein was a 10-year-old schoolgirl six years ago. Now she’s a confident, self-assured teenager, with ambitions to become a lawyer. But her voice falters as she remembers Nargis. “We were so frightened. We spent the whole night praying, it was freezing cold, and we were scared of the snakes. Then the next day we looked for our home, but it had gone. Everything had gone; there was nothing left.”


Fishermen’s boats had been smashed; their nets had been ripped to shreds. Their farm tools had been swept away as the cyclone brought seawater crashing deep inland. Even today, the salt that stayed in the ground after the seawater receded means that crop yields are still lower than before the cyclone.


In the immediate aftermath of the disaster, the villagers' priorities were to rebuild their houses and find food and drinking water. One man tells me how he retrieved driftwood from the river to build a new home for his family. Once, it had been someone else’s home, somewhere up river. Who knows what happened to them? 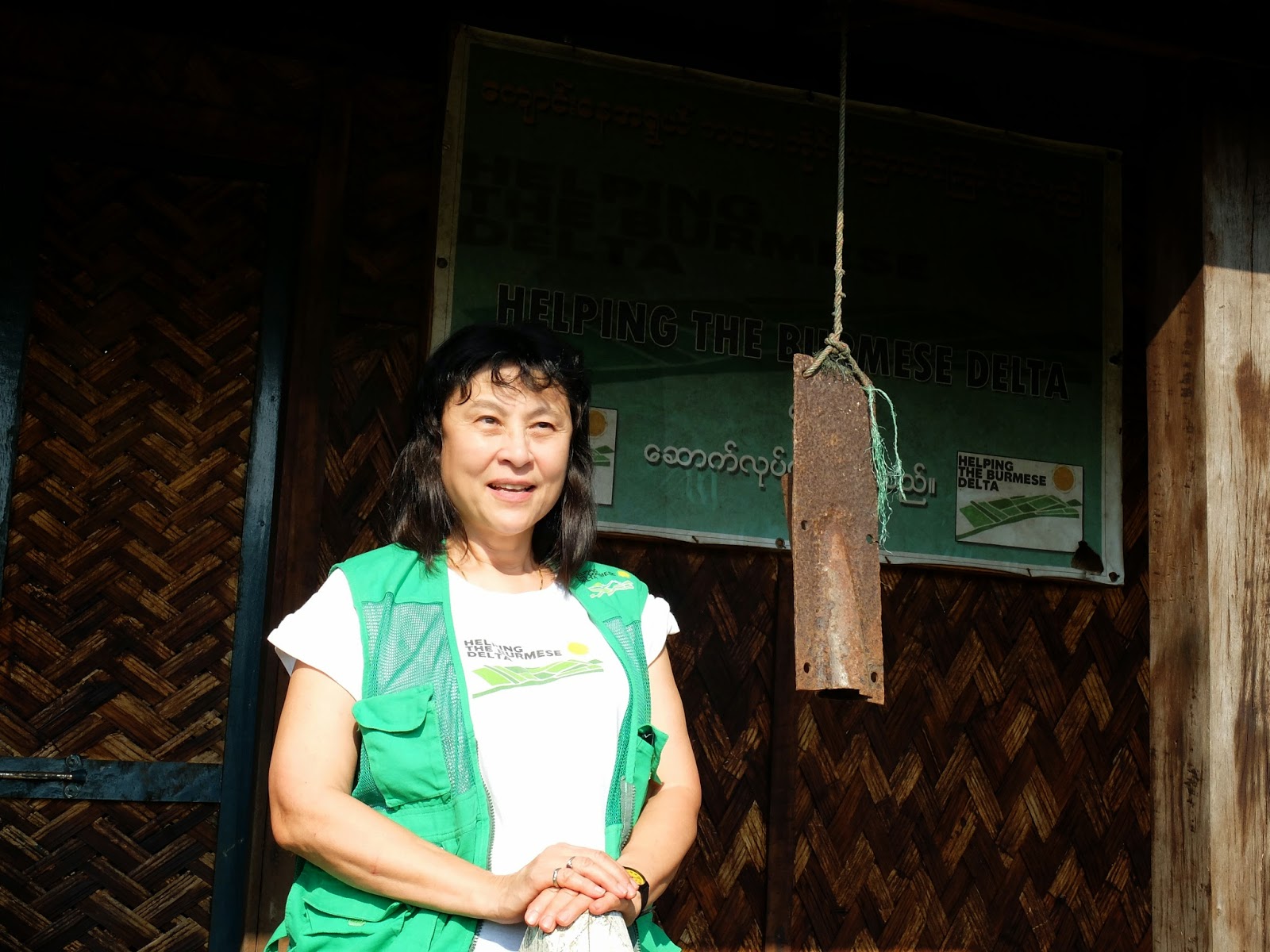 But now let me introduce you to May Tha-Hla. She’s a London-based market researcher, whose father came from the delta and later became head of Rangoon University. She flew to Burma as soon as she could after Cyclone Nargis to see what help she might be able to provide.


The villagers of the delta begged for help to rebuild their schools. Without schools, their children would receive no education, and without an education, they would have no chance of building a better life. So May set up a charity -- Helping the Burmese Delta -- to raise funds to build schools. Six years on, she and her co-founder husband, Jon Wilkinson, running the charity on a shoestring, have built nearly 20, with more on the way.


They are with me on this trip, so I have a chance to see some of the schools. Each one is a single room, about 45 feet by 18 feet, sturdily built above ground level, with a green-painted metal roof. Inside are rows of wooden benches and a blackboard. Children of all ages up to 13 are taught together in groups, often by a single teacher.


It costs less than £6,000 to build and equip one of these schools -- and once the timber has been bought, it can be built in about three weeks. In some schools, the villagers pay the teacher's salary themselves -- the going rate is equivalent to about £10 a week, usually paid in rice. If the government takes over the running of the school, it will pay for the teacher, usually about twice what the villagers paid, and then something very interesting happens. 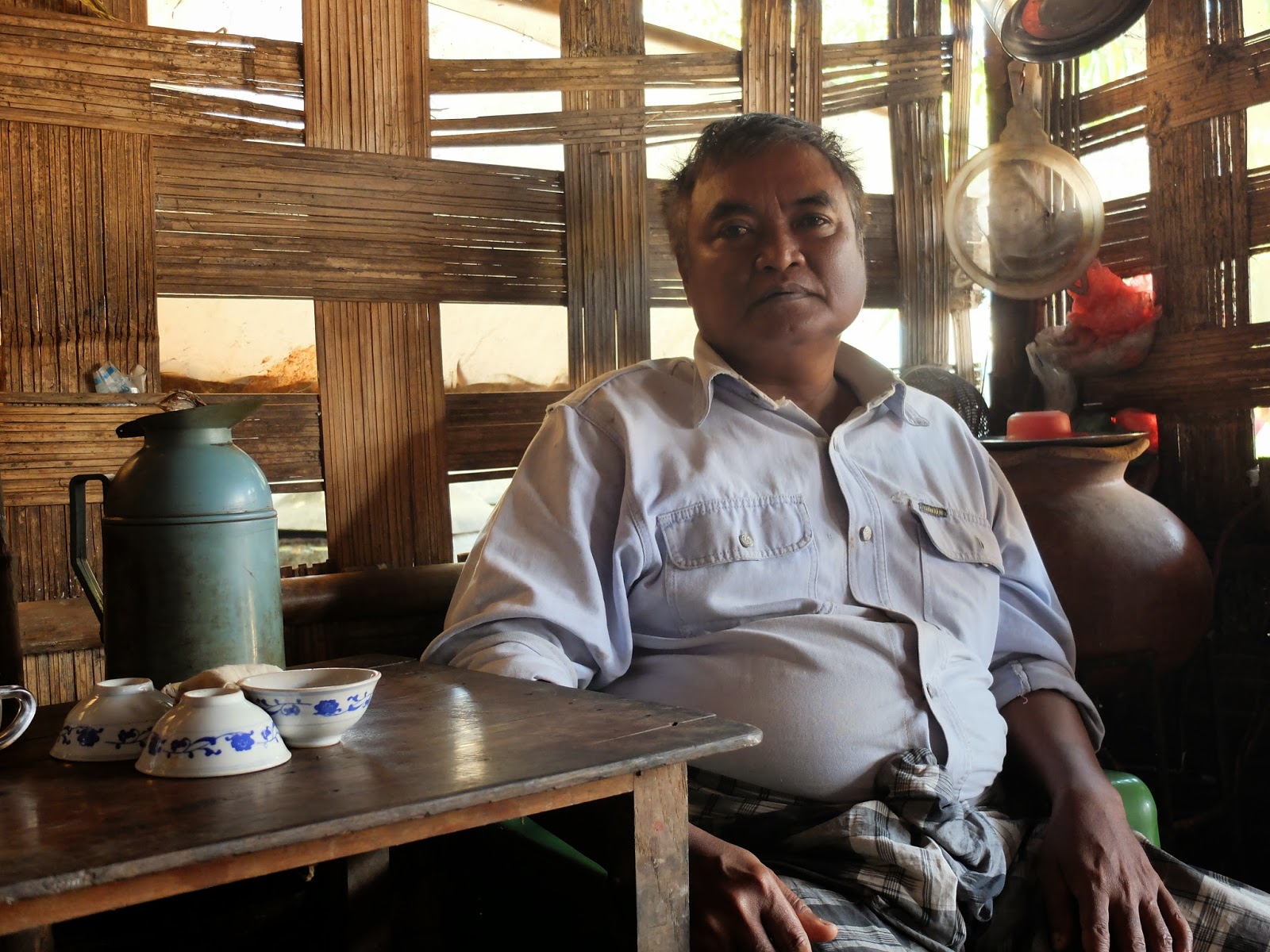 In the bustling village of Yay Kyaw Toe, May's charity has now built a high school, where older children are educated to university-entrance level. I meet the chairman of the village council, U Thein Htway, in the local teashop, where there's an impressive array of rice, noodles and green vegetables on display. "We never dreamt there would be a high school here," he says with pride. "Now our children have a chance to go on to university and to get decent jobs. And even if they don't come back to live here, they'll send money back to their families, so everyone will benefit."


Cyclone Nargis was one of the five deadliest cyclones of the past 100 years. Six years on, the people of the Irrawaddy delta are still struggling to rebuild their lives. But at least now, outsiders can see for themselves what needs to be done. And that, say the villagers, gives them real hope for the future.


Helping The Burmese Delta is at helpingtheburmesedelta.org
More photos from my trip are available here.
Posted by Robin Lustig at 21:49