The most dangerous place in the world ... 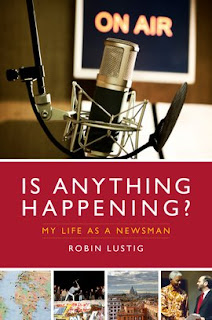 
This is the first of four extracts that I'll be posting this week, leading up to the publication of my memoir on Thursday.


The most terrifying country that I have ever visited is a place that you have never heard of and that you will never find on a map. It is called Hostalia, and it exists only in the imagination of the people who provide hostile environment training for journalists heading into war zones. On each occasion that I was there, I was kidnapped, held up at gunpoint and stranded in a minefield. And all that in country­side within fifty miles of London.

‘Hostile environment’ is a useful euphemism for a place where you might get killed. Once, shortly after hostile environment training was introduced at the BBC, I overheard a discussion about whether a particular reporter, unusually well-spoken and well-bred, might be a suitable candidate to send on a course. ‘Her?’ someone snorted. ‘Her idea of a hostile environment is a boring dinner party.’

By the time I arrived at the BBC, I already had some idea what a hostile environment looked like, having reported extensively from Lebanon during its fifteen-year civil war. But following the death in Croatia of my talented young World Tonight colleague John Schofield, I was hardly going to kick up a fuss about being reminded that bullets can be dangerous.

Hostile environment training is specifically designed to be frighten­ing – and it is. I know of one reporter who came back from his course so traumatised that he decided he would never ever volunteer for duty in a war zone. He was worried that it would count against him, and I tried to reassure him that it would not. Not even the BBC expects everyone to be prepared to risk their life in the service of the licence fee-payer.

The trainers on these courses are usually former soldiers, and they do not have a very high opinion of university-educated journalists whom they have probably seen poncing about in body armour in front of the TV cameras. So they enjoy their work and, quite right­ly, make no allowances. Nevertheless, I was occasionally left feeling uneasy at what sometimes verged on sadism as they relished their make-believe roles as drunken gunmen at roadblocks. They could be horribly convincing.

So much so that one woman had to be withdrawn from a course that I was on after a ‘gunman’ had reduced her to tears as he taunted her about the fate of her children. ‘What kind of a mother are you? Why did you come here? How will your children cope after we have killed you? Don’t you care about them?’

Was it realistic? Unfortunately, it was. Was it necessary? I am not so sure.

I am in the back of a Land Rover with three colleagues, bumping along a mud track somewhere deep in the countryside of Hostalia. Suddenly, a group of masked gunmen appear from the side of the track, blocking our way and shouting angrily. ‘Stop. Out. Now.’ We scramble out and they push us to the ground.

‘Hands behind your heads. No talking.’ We do as we are told.

‘You. Get up.’ They kick at the youngest woman member of our team. ‘Over here.’ And they shove her roughly to one side.

‘Who is the leader?’

We are prepared for this: How to Negotiate Checkpoints, Lesson One, includes a whole section on why you should always designate a team leader. Gunmen can get twitchy if they do not know who is in charge. I am the oldest, and most experienced, member of our group, so I have drawn the short straw. It is the only time that presenters are allowed to think of themselves as team leaders, and I regard it as an honour that I could well do without.

‘Why are you here? Who sent you? You are spies. We will shoot you.’

‘No,’ I say in my best BBC voice. ‘We are not spies. We are report­ers. Press. And if you do not want us here, we will turn round and go back. I am sorry if we have entered a forbidden area.’

We go on like this for a few minutes, he shouting, and me trying to sound suitably apologetic. There is no point standing on your dignity when you are surrounded by men with guns. So I act humble.

Then the mood changes suddenly.

He points at our colleague, standing to one side. ‘She is young. Pretty. She will have a good time with us. Party time.’

I look him in the eye: ‘Could we have a word in private?’

We step to one side and I make my pitch. ‘I can see that you are an honourable man. A soldier. I know that you would never leave your sister with strangers. I cannot leave my colleague; it is against our honour, too. But I understand that we have inconvenienced you, so we are prepared to compensate you.’

I pull a fat bundle of (fake) dollar bills from my pocket – always carry dollar bills in Hostalia and be ready to give them away – and I thrust them into his hand.

‘Here. I know you will not accept it for yourself, but give it to your men. They will thank you.’ I calculate that he will, of course, keep the cash for himself, but by suggesting that it is for his men, I avoid the danger (I hope) that he will accuse me of impugning his honour.

And so the roleplay ends. Would it have worked for real? Probably not, and thank goodness I never get the chance to find out.

But that night, in the bar, I am crowned King of the Checkpoints. And all the ex-soldiers have a good laugh.

Tomorrow: meeting the greatest man in the world