It's time to start thinking of a post-Trump future

Think of it this way: if Donald Trump is impeached – or resigns à la Richard Nixon – the new US president will be Mike Pence. And what is likely to be Pence's first decision? To pardon Donald Trump, à la Gerald Ford.

Now ask yourself this: what is Donald Trump’s number one priority as his former comrades and consiglieri turn against him, one by one, to save their own skins?

To stay out of jail. And – if possible – to ensure that his son Donald jr stays out of jail as well. (I’m not sure he’s that bothered about his son-in-law, Jared Kushner.)

Second question: if you are a US Democrat – or indeed a Republican who cares about the future health of the US political system – what is your number one priority? To get Trump out of the White House and bring him to justice for his myriad alleged crimes.

In which case, choose from one of the following two options: (A) impeach Trump and see him pardoned by Pence; or (B) defeat him in 2020 and see him prosecuted in the criminal courts. With a Democrat in the White House, there’ll be no pardons on offer.

So here’s the thing. The likelihood of the House of Representatives voting to impeach Trump and then the Senate voting by a two-thirds majority to convict him, which is what would be required to remove him from office, is close to zero. (Only twice in US history has the House of Representatives voted to impeach a president – Andrew Johnson in 1868 and Bill Clinton in 1998 – and in both cases the Senate voted to acquit. Nixon resigned before he was impeached.)

If the Democrats move to impeach Trump, and their attempt fails, he is likely to emerge from the process stronger, not weaker. Remember, Clinton’s poll ratings reached record levels after the failed Republican attempt to remove him.

What’s more, Trump’s thirst for revenge will be fearsome. As will that of his supporters.

Far better, I would suggest, for the Democrats to put all their efforts into defeating Trump in 2020. It means crafting a message to appeal to Trump voters in the all-important swing states, as well as determined work on voter registration in states where the Republicans have been trying to disenfranchise vast numbers of likely Democrat voters.

It also means, above all, finding a Presidential candidate who can do what Hillary Clinton failed to do in 2016: capture voters’ imagination, offer a vision for a better future, and represent the aspirations of ordinary, middle class Americans.

Someone perhaps from a Latino or other minority background, to push back against the ugly white supremacism that has characterised the Trump presidency; under the age of forty-five, to be able to talk plausibly about new ideas – oh yes, and please, at last, a woman.

If the Democrats really fail to beat Trump for a second time, they will have forfeited the right to be considered a serious political party. They know the stakes are high; they must not fail.

An attempt to be dispassionate about Boris and the burka

I know this is almost certainly a forlorn hope, but let’s see if I can inject some dispassionate reasoning into the ‘burka’ debate.

(I put ‘burka’ in quotes, because although it is the word that everyone is using when discussing Boris Johnson’s article in the Daily Telegraph, what they’re actually referring to is the ‘niqab’.) Burkas are worn almost exclusively in Pakistan, Afghanistan and parts of India, and they look like this: 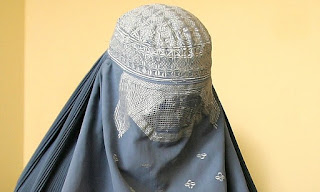 A niqab is the face covering worn mainly by women in Saudi Arabia and some Gulf states. It looks like this: 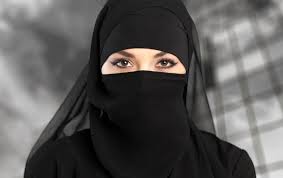 The former foreign secretary wrote that he was not in favour of banning the burka or the niqab in the UK, on the grounds that it would risk making martyrs of the women who would be prosecuted for wearing them. So far, so impeccably liberal.

But then he said this: ‘It is absolutely ridiculous that people should choose to go around looking like letter boxes.’ And for good measure, he added, a few lines later, that if a female student with her face covered ‘turned up at school or at a university lecture looking like a bank robber’, he would feel fully entitled to ask her to remove her face covering.

Two points need to be made: first, that Johnson himself acknowledges that, at least in some cases, Muslim women do choose, of their own volition, to cover their faces. (I got into a huge amount of trouble on Twitter a couple of days ago from his supporters for suggesting the same thing.) And second, that his insulting remarks were aimed not at the form of dress to which he objects but to the women who wear it.

And by the way, if you don’t believe that some Muslim women – a tiny number in the UK – do choose to cover their faces, you may find this article of interest.

Boris Johnson is one of the country’s leading politicians. Until recently he was foreign secretary – and, as you may remember, not so long ago, he put himself forward as a potential leader of his party and prime minister. That’s why what he wrote is of greater importance than if the same words had been written by, say, Richard Littlejohn or Rod Liddle.

As it happens, I am no fan of either the niqab or the burka. I disapprove of any society in which women are expected to cover their faces on the grounds that men need to be protected from temptation. And I accept that in many countries in the Middle East and south Asia, far too many women are forced to wear a form of clothing that they would not choose for themselves.

Over the years, I have reported extensively from countries where women are forced, either by law or by social pressure, to cover their faces, and I know that many of them would love to be able to dress differently. But that has nothing to do with what Mr Johnson said in his newspaper article.

Because, to repeat, what he did was gratuitously insult Muslim women living in Britain. He could have said what he wanted to say without insulting anyone, but that wouldn’t have served his purpose. With just a few deftly targeted words, he sent a coded message to right-wing Tories and homeless ex-UKIP voters. ‘I’m your man.’ It was straight from the Trump/Bannon political playbook.

If you could see the outpouring of anti-Muslim vitriol that I have received from Boris supporters  since first commenting on this, you would understand why his words were so reprehensible. His article was both cynical and dangerous, and it will make Muslim women even more vulnerable than they already are. From a man who still wants to prime minister, it was a disgrace.