Some thoughts on statues and legacies 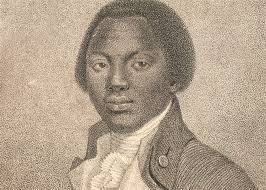 Statues are symbols, and what they symbolise is respect. If we put up a statue to someone, it means we respect them, either for their character or for their achievements.

Sometimes, admittedly, it just means they did a job with an impressive title. King, Queen, General, Prime Minister. Or that someone, at a particular moment in history, wanted to demonstrate their admiration for, or loyalty to, whoever was to be commemorated in perpetuity.

Statues are interesting for what they tell us about the values thought to be important at different times.  They are rarely great works of art, so if they are worth preserving, it is usually for their historical significance rather than for their artistic worth.

Why are there so few statues in our towns and cities of women? Or of people of colour? Because in the days when paying for statues to be erected in public places was the done thing, women and people of colour were not recognised as worthy of respect.

By removing statues of slave traders or brutal colonialists, we are not removing history. We are re-assessing legacy, which is very different. It is a sad reflection of how deficient is the teaching of British history in our schools that more children will have learnt of Britain’s role in the slave trade in the days since the long overdue toppling of Edward Colston in Bristol than in any number of history lessons at school.

(Incidentally, the inscription on the base of the Colston statue said it was ‘a memorial of one of the most virtuous and wise sons of the city’. It is worth pondering those words, written nearly 175 years after his death. Virtuous? Wise?)

We need to acknowledge our past. The International Slavery Museum in Liverpool is one example of how we can do it. Perhaps the Colston statue should have been found a place there. At the very least, we should ensure that every surviving statue of someone with a gruesome record is accompanied by an information board spelling out the truth of their record.

And perhaps a new statue should be erected to take the place of Edward Colston in Bristol. Someone like Olaudah Equiano (above), the former slave who became a leading anti-slavery campaigner in the late 18th century. Or Mary Prince, another former slave and pro-abolition campaigner, who in 1831 became the first black woman to publish an autobiography in England.

People who are genuinely worthy of respect and admiration.